Babel: The Story of the Tower and the Rebellion of Man 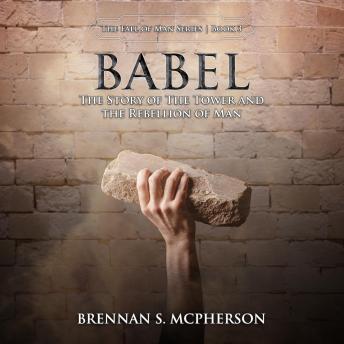 A visionary retelling of the story of the Tower of Babel. . .

More than a century after the worldwide flood, Noah, now the forefather of the living world, works peacefully in his vineyard until tragedy tears apart his relationship with his son, Ham.

Years later, dark prophetic dreams inextricably link him with a young man carrying scars from a painful past, and a young woman who longs for acceptance yet harbors secrets darker than either of them imagine.

Will Noah face the role he played in the slow unraveling of his family? Or will everything collapse when they meet the evil attempting to swallow the world at. . . the Tower of Babel?

Babel: The Story of the Tower and the Rebellion of Man

This title is due for release on July 28, 2019
We'll send you an email as soon as it is available!