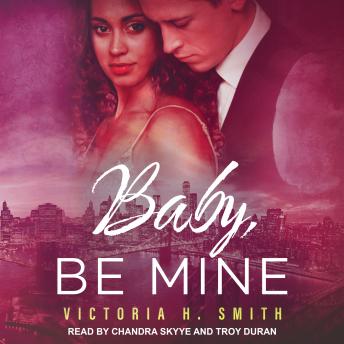 Baby, Be Mine: New York City

I never forgot her . . . Noni, the woman just as unique as her name who never failed to light a fire inside me. The last time I saw her I was in a bad place, a dark one that actually sent me to the Big Apple today. I was in the city to lead another one of my late father's corporate divisions yes, but running, escape, had been my true plan of intent. I had lots to get away from, my sins a laundry list, and it had been she, Noni, who got me out of them the last time. She did more than just fill a void. She fixed my messed up soul no matter how brief a time.

So why had I let her go?

I came upon him in a similar state before . . . desired by women. They flocked to the man like groupies to a tour bus and however naively, I had been one of them over four years ago. A vulnerable place sent me to vacation in Aspen and it had been Asa who found me, made me moan, made me forget and I didn't come away from that vacation unchanged. He gave me the most wonderful little blessing I could ever receive, my son Jalen.