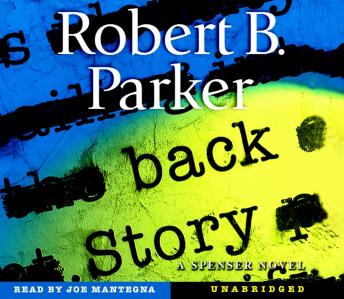 Renaissance man Spenser - he of the acerbic social commentary, the gourmet cookery, and the steely abs - turns his considerable talents to the unraveling of a thirty-year-old murder mystery. During a 1974 holdup in a Boston bank by a revolutionary group calling itself the Dread Scott Brigade, Emily Gordon, a visitor cashing traveler's checks, is shot and killed. Despite security-camera photos and a letter from the group claiming responsibility, nobody saw who shot her, and the perpetrators have remained at large for three decades. Enter Paul Giacomin, the closest thing to Spenser's son. When Paul's friend Daryl Gordon, Emily's daughter, decides she needs closure regarding her mother's death, she turns to Spenser, who must reach past the lack of clues and missing FBI report to seek the truth.

I love Parker and especially Spenser, but this one doesn't have the usual compelling storyline. The characters are a bit one-dimensional and plastic and the story is unbelievable. If you want to listen to a Spenser adventure, there are plenty of better ones out there.

If you are a Parker, Spenser and Hawk fan you will enjoy. Especially with the narration by Joe Mantegna .

Another great Spencer book. I love his character along with Hawk. This is another fast paced and captivating book. I found myself driving slower to allow more time to listen

I loved it. The reader was good, and Parker delivered a good plot, wonderfully believable characters, good wry humor. Not deep--just great.

The combination of a good detective yarn, witty dialogue, and a terrific read by Joe Montagna makes this book so much fun to listen to. This book won't change your life or provide any great insights but that's not its intention. It's trying to entertain and at that, it's right on the mark.

This title is due for release on March 18, 2003
We'll send you an email as soon as it is available!