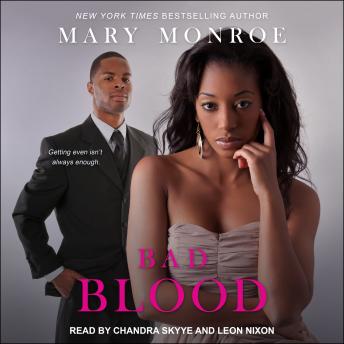 Seth Garrett's family taught him that anything less than the best simply isn't an option. Now he's out to prove he can be the most successful Garrett-and Rachel McNeal fits the bill. She's pretty, hard-working, good in bed-and willing to finance his dreams. He thinks she's perfect wife material-until he meets her relatives and discovers they're far from perfect. No problem, Seth's got a replacement lined up to give him the good life he's entitled to . . .

Steady and sensible, Rachel always believed the best about people. She thought Seth was the man of her dreams. But she can deal with the hurt and move on. Until she discovers the true reason Seth dumped her-and just how deep his contempt for her runs. She's done forgiving, much less forgetting. And taking his world apart piece by piece is only the beginning of her long-game payback . . .