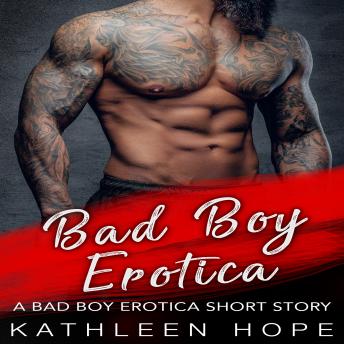 All Ava wanted to do was make it through the day. This is not what she wanted to be doing and she had a sinking feeling it was going to eradicate what was left of her career. But she didn't have a choice. Bills had to be paid, food had to be bought, and life had to go on.

She hadn't gotten a single client since the blunder six months ago. Six months! A client goes and does something stupid, and she's the one to take the fall for it! Sure, it was her job to make the guy seem lily-white, the next Boy Wonder. But how was she supposed to know the guy was going to be brought up on fraud charges the same day she'd arranged for him to speak at a business ethics conference? She was a public relations specialist, not a clairvoyant.

But what was done was done. All she could do was move forward. She had a job now,a client. When Michael Soren approached her last month about taking on the challenge of turning his nephew,notorious bad boy Chase Soren,into a media angel, she'd thought at first the man was joking. Even when she had realized he wasn't, she'd thought the idea was crazy. But four weeks and no new jobs later, the idea began to hold a certain amount of appeal,at least to her near-empty kitchen cupboards and the electricity company who was threatening to shut off her power.

And so, armed with a hefty retainer and the promise of more for a job well done, she sent up a small prayer for an impossible miracle and hurried toward the front door.

“Wish me luck,” she called to Frank, the Himalayan fur ball on her kitchen counter. At least Frank used to wait until she'd left to get into places he wasn't allowed to be. Now, he seemed more than content to flaunt his defiance, evident by the way he'd stretched languidly and was in the process of curling himself up into a ball on top of her neatly stacked dish towels. Oh well, she didn't have time to chastise the cat,which equated to picking him up and putting him down on the sofa,as well as get herself to Soren Towers on time for her nine-o-clock appointment with the infamous bad boy himself.

She'd made the trip the day before to clock the time it would take to get there,twenty-seven minutes,and so she knew she had precisely a minute and a half to get downstairs and into her car. Any longer, and she'd be stuck flooring it to the office,which meant she'd get pulled over for speeding for sure,or sprinting through the underground parking and glass-walled hallways of Soren Towers in three-inch heels.

What the hell had she thinking putting on stiletto deathtraps on her first day? Ugh, she knew exactly what she'd been thinking...

WARNING: This story contain steamy sexual content and is intended for mature audiences only. 18 years and up only!