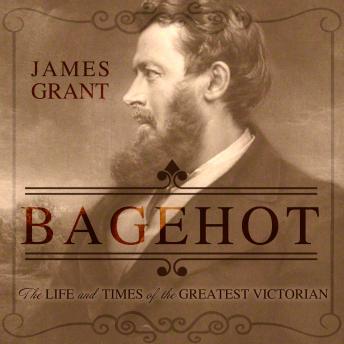 Bagehot: The Life and Times of the Greatest Victorian

During the upheavals of 2007-09, the chairman of the Federal Reserve had the name of a Victorian icon on the tip of his tongue: Walter Bagehot. Banker, man of letters, inventor of the Treasury bill, and author of Lombard Street, the still-canonical guide to stopping a run on the banks, Bagehot prescribed the doctrines that-decades later-inspired the radical responses to the world's worst financial crises.

Born in the small market town of Langport, just after the Panic of 1825 swept across England, Bagehot followed in his father's footsteps and took a position at the local family bank-but his influence on financial matters would soon spread far beyond the county of Somerset. Persuasive and precocious, he came to hold sway in political circles, making high-profile friends, including William Gladstone-and enemies, such as Lord Overstone and Benjamin Disraeli. As a prolific essayist on wide-ranging topics, Bagehot won the admiration of Matthew Arnold and Woodrow Wilson, and delighted in paradox. He was also a misogynist, and while he opposed slavery, he misjudged Abraham Lincoln and the Civil War. As editor of the Economist, he offered astute commentary on the financial issues of his day, and his name lives on in an eponymous weekly column. He has been called 'the Greatest Victorian.'

Bagehot: The Life and Times of the Greatest Victorian