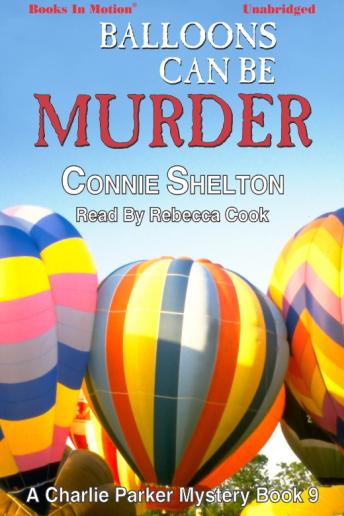 Balloons Can Be Murder

Three days before the start of the Albuquerque International Balloon Fiesta, balloon pilot Rachael Fairfield walks into the offices of RJP Investigations. She received a threatening note, which she believes came from her father, a convicted felon whom she sent to prison 15 years earlier. To complicate matters, her brother has initiated a huge publicity campaign for the world altitude record Rachael plans to attempt on the final Sunday of the fiesta. It seems simple enough. Charlie and her brother Ron will locate William Fairfield and keep him away from Rachael for the duration of the fiesta. But as they follow leads on William Fairfield, the threats escalate, and Ron and Charlie start to wonder whether he\'s really the stalker. Amid the color and beauty of the world\'s largest ballooning event, Charlie also finds herself at odds with her husband and reassessing her life\'s priorities. Only when she nearly loses her own life do the answers begin to fall into place.