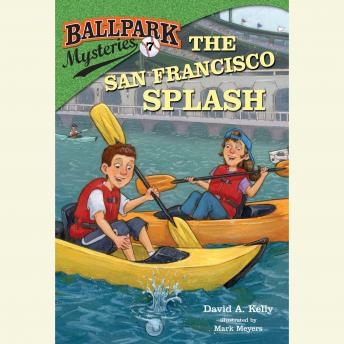 Written By: David A. Kelly

Time for a seventh-inning stretch! The San Francisco Splash is book #7 in our early chapter book mystery series, where each book is set in a different American ballpark!

Splash! A hit soars over the walls of the San Francisco ballpark on the bay and drops into the water. But then Mike and Kate hear another, much larger splash nearby . . . and this time it's not a baseball. It's a man overboard! And when he's pulled from the water, the old-time ballplayer discovers his World Series ring is gone! Is it at the bottom of the bay? Or was it somehow stolen by a long-ago rival?

Cross Ron Roy's A to Z Mystery series with Matt Christopher's sports books and you get the Ballpark Mysteries: fun, puzzling whodunits aimed at the younger brothers and sisters of John Feinstein's fans.

by David A. Kelly