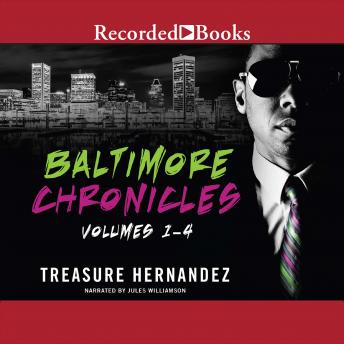 From the same author that brought you the Flint series, comes a new town . . . a new drama. Treasure Hernandez is back with her second street series chronicling both sides of Baltimore's black market. Derek Fuller is the head detective of the Baltimore Narcotics Division. His team has been assigned to take down the biggest drug operation in the city. There's only one problem . . . the head of the operation is his twin brother, Scar Johnson. Separated in Baltimore's foster care system, they came from two different walks of life, but both met at the top on opposite sides of the law. With the Assistant District Attorney in their back pocket, this was a marriage made in heaven-until the drama and deceit enters. Delve into this treacherous story of love, deceit, lies, and murder. Revenge is a dish best served cold, and once one brother feels betrayed, the only retribution is death.

This title is due for release on March 21, 2014
We'll send you an email as soon as it is available!