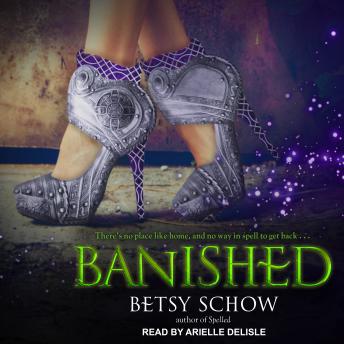 Dorthea of Emerald is used to being treated like the princess she is. Except she's trapped in a strange land called Kansas, where no one recognizes she's royalty. Not her parents, not the hospital's doctors, not even the cute patient who keeps flirting with her. The only one who knows who she really is? The evil Blanc. And she's thundering into Kansas to erase Dorthea's-and everyone else's-story.

Back in Camelot, outlaw Rexi's got her own problems . . . like being locked in a tower. She may have trained with Robin Hood, but she's going to need to steal more than a key to escape Gwenevere's trap to take back Excalibur. And even if Rexi manages to get free, she still needs to reclaim her storyline from Morte's wicked plotting.

It's not over until the last spot of ink dries.

Dorthea and Rexi won't give up their happily ever afters without a fight. But with the villains of Story scripting their triumph, does this spell The End for Dorthea and Rexi?