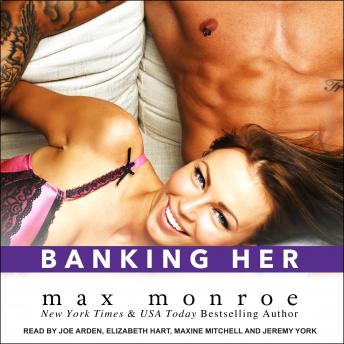 When one Rulebook closes . . .

Thatch and Cassie have finally found their perfect balance of good and sweet, crazy and playful, and most importantly, hot and insatiable. But what happens when they're faced with a surprise neither of them plotted or schemed?

While Cassie seems to be taking everything in stride, Thatch can't stop himself from worrying about every little thing revolving around the woman he loves. Doing the only thing he can to ease his mind without pushing away the woman he loves, Thatch proves that once again, when it comes to him and Cass, you'll never see what's coming.

Wes Lancaster has always followed one guideline for play. He never gets involved with anyone working for his professional football team, the New York Mavericks.

It hasn't been a hard rule to live by-until Winnie Winslow, the new take-no-shit team physician. She's beautiful, intelligent-and has no problem taking control of every situation. She pisses him off. She turns him on. As tension builds and desire heightens, Wes finds himself wondering how much longer he'll be able to follow his gameplan.

Another good and funny story !! Even if it was a little predictable x