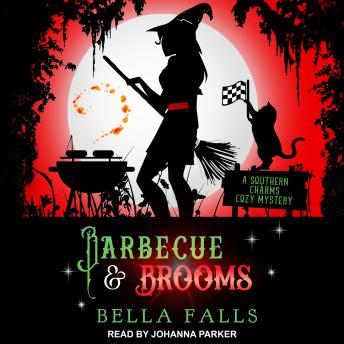 Magic and mystery are only part of the Southern Charms of Honeysuckle Hollow . . .

With Charleston's council poised to take over Honeysuckle Hollow, the town and all of its people must band together to prove they don't need to be absorbed into the big city magical district. What better way to show off the small supernatural Southern town than to host a barbecue contest and some classic broom racing?

To keep their town safe, it's imperative that nothing go wrong. But when one of Honeysuckle's most important residents is attacked, leaving him on the brink of death, it's up to Charli Goodwin to convince the two men pursuing her to work together to catch the culprit and save a life.

Who's fanning the flames and turning up the heat? Will the love triangle prove too hot and spicy or will Charli, Mason, and Dash be able to put aside personal feelings to capture the villain before the town and its people get charred?