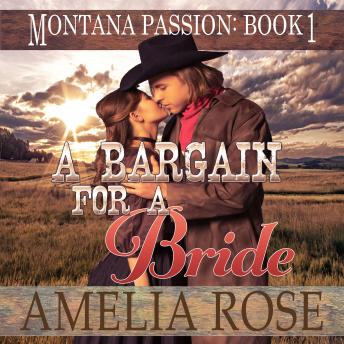 When Lady Moira Brennan leaves her home at Brennan Castle for the wilds of her own homestead claim in the Montana territory, she had no idea that a husband awaited her. Sold into marriage by her uncle, she arrives to find a bleak landscape of scarce farmers, all desperately trying to scratch out a living on their claims.

Pryor MacAteer came to Montana himself only three years ago, and his farm has prospered. All that he needs to make it complete is a wife and family, one whose passage he paid, and whose name is on the marriage contract.

Will Moira realize her dream of owning her own land and uncover the truth behind a marriage contract with her name on it?