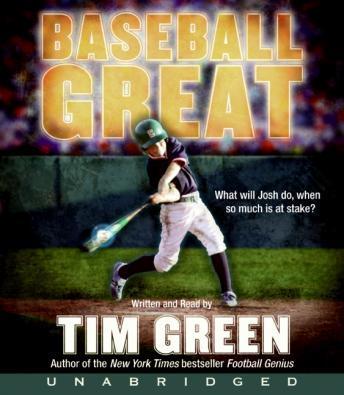 When the school paper calls him “Grant Middle’s best hope for its first-ever city-wide championship,” Josh feels like he’s starting to get noticed—in good and bad ways. Seeing Josh’s talent, his father drags him out of the school baseball tryouts and gets him in the running for the Titans, the local youth championship team coached by Rocky Valentine.

All Josh really wants to do is play ball, but now Rocky wants him to gulp down protein shakes and other supplements. Suspicious, Josh and his new friend, Jaden, uncover a dangerous secret—and catch the attention of one man who will do anything to keep them from exposing it.