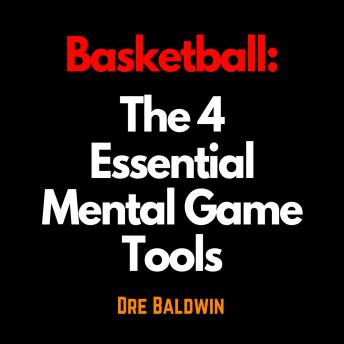 Basketball: The 4 Essential Mental Game Tools: The Key Mindsets You Need To Dominate On The Court

Have you ever seen a basketball player who possessed a solid skill set for the game - ball handling, scoring, a good feel for how to play - but mentally had nothing at all?
This is the player who could dominate... if he had the mind to. He could be the top scorer, shut down opponents on D, and be the main difference between winning and losing for his team.
But... that's the problem: something in his mental game is just... missing.
As you advance in levels of basketball - and especially if you ascend to the professional level - know this: The game becomes less about skill and more about mentality. This workbook is basketball's mental game master key.
By the time you're done with The 4 Mental Tools Of Basketball, you will:
Know how to push yourself to do the hardest work on your toughest, least-motivated daysBounce back quicker than ever from setbacks, bad games, and self-defeating thoughtsEndear yourself to coaches who will come to depend on you as a leaderBe the player who puts pressure on other players to do their best, knowing they'll have to deal with youLet's get started on the most essential element of your Game

Basketball: The 4 Essential Mental Game Tools: The Key Mindsets You Need To Dominate On The Court

This title is due for release on July 26, 2018
We'll send you an email as soon as it is available!