Basque Country: The Turbulent History and Legacy of the Basque Autonomous Community in Spain 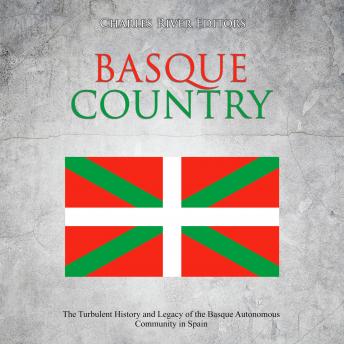 It would not be a stretch to say that for a very tiny geographical territory (just 20,747 square kilometers), the Basque Country has inspired a plethora of intense stereotypes. Some of these stereotypes have been cast upon its people from the outside while others have been strategically propagated by the people themselves. For such a small area of land that is home to only 3,000,000 people, the Basque Country is anything but small in terms of its history which is why opinions about its people are so intense, so consequential, and so contradictory. The Basque people have been called “the people who sing and dance at the foot of the Pyrenees,” a description that evokes not only their geographical location but also their strong folk traditions. Those words, said by the famous French writer Victor Hugo, infuriate the Basque people to this day. They have also been described pejoratively as “Europe’s aboriginals,” a reference to the age-old status of their culture which has led many people to fetishize them and their language as ancient. In a much loftier vein, they also have been thought to be the “original,” true European natives, the people who established the most prestigious, celebrated elements of European culture.

While such small-minded stereotypes rightly tend to antagonize the Basque people, many Basque nationalists have been eager to cultivate an image of their culture as unique and separate from Spain and from France, the larger nations that engulf its territory and that threaten its autonomy. Basque nationalists are eager to point to the rich tradition of archeologists, politicians, anthropologists, nationalists and folklorists who have grown out of their culture. They have embraced their status as the oldest surviving European people, and they have celebrated their language, Euskera, as one of the world’s oldest spoken languages, a non-Indo-European tongue that can brag about having no other related languages in existence.

Basque Country: The Turbulent History and Legacy of the Basque Autonomous Community in Spain

This title is due for release on March 20, 2020
We'll send you an email as soon as it is available!