The Bastard Of Istanbul 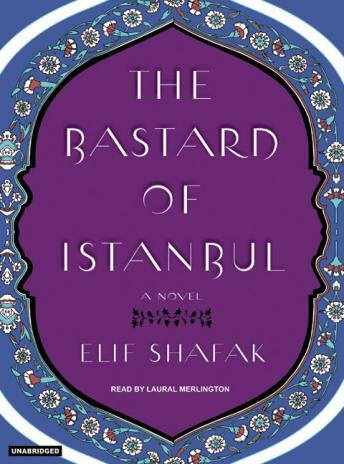 From one of Turkey's most acclaimed and outspoken writers comes a novel about the tangled histories of two families.

In her second novel written in English, Elif Shafak confronts her country's violent past in a vivid and colorful tale set in both Turkey and the United States. At its center is the 'bastard' of the title, Asya, a nineteen-year-old woman who loves Johnny Cash and the French Existentialists, and the four sisters of the Kazanci family who all live together in an extended household in Istanbul: Zehila, the zestful, headstrong youngest sister who runs a tattoo parlor and is Asya's mother; Banu, who has newly discovered herself as a clairvoyant; Cevriye, a widowed high school teacher; and Feride, a hypochondriac obsessed with impending disaster. Their one estranged brother lives in Arizona with his wife and her Armenian daughter, Armanoush. When Armanoush secretly flies to Istanbul in search of her identity, she finds the Kazanci sisters and becomes fast friends with Asya. A secret is uncovered that links the two families and ties them to the 1915 Armenian deportations and massacres. Full of vigorous, unforgettable female characters, The Bastard of Istanbul is a bold, powerful tale that will confirm Shafak as a rising star of international fiction.

This title is due for release on January 18, 2007
We'll send you an email as soon as it is available!