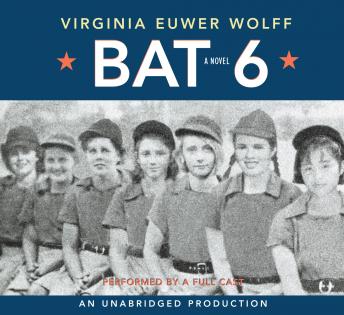 Bat 6–that’s the softball game played every year between the sixth-grade girls of Barlow and Bear Creek Ridge. All the girls–Beautiful Hair Hallie, Manzanita who gets the spirit, the twins Lola and Lila, Tootie, Shadean–they’ve been waiting for their turn at Bat 6 since they could first toss a ball.
This time there’s a newcomer on each team: Aki, at first base for the Ridgers, who just returned with her family from a place she’s too embarrassed to talk about. And Shazam, center field for Barlow, who’s been shunted around by her mother since her father was killed on December 7, 1941.
The adukts of the two towns would rather not speak about why Aki’s family had to “go away.” They can’t quite admit just how “different” Shazam is. And that is why the two girls are on a collision course that explodes catastrophically on the morning Bat 6, the day they’ve been preparing for all their lives.