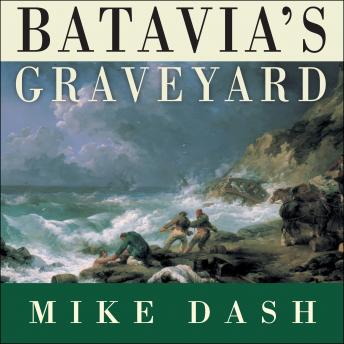 It was the autumn of 1628, and the Batavia, the Dutch East India Company's flagship, was loaded with a king's ransom in gold, silver, and gems for her maiden voyage to Java. The Batavia was the pride of the Company's fleet, a tangible symbol of the world's richest and most powerful commercial monopoly. She set sail with great fanfare, but the Batavia and her gold would never reach Java, for the Company had also sent along a new employee, Jeronimus Corneliszoon, a bankrupt and disgraced man who possessed disarming charisma and dangerously heretical ideas.

With the help of a few disgruntled sailors, Jeronimus soon sparked a mutiny that seemed certain to succeed-but for one unplanned event: In the dark morning hours of June 3, the Batavia smashed through a coral reef and ran aground on a small chain of islands near Australia. The commander of the ship and the skipper evaded the mutineers by escaping in a tiny lifeboat and setting a course for Java to summon help. Nearly all of the passengers survived the wreck and found themselves trapped on a bleak coral island without water, food, or shelter. Leaderless, unarmed, and unaware of Jeronimus's treachery, they were at the mercy of the mutineers.