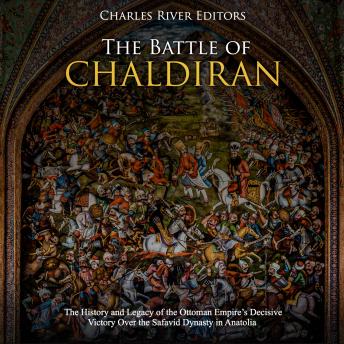 Battle of Chaldiran, The: The History and Legacy of the Ottoman Empire’s Decisive Victory Over the Safavid Dynasty in Anatolia

In the wake of taking Constantinople, the Ottoman Empire would spend the next few centuries expanding its size, power, and influence on the way to becoming one of the world’s most important geopolitical players. It was a rise that would not truly start to wane until the 19th century, and while its most memorable conflicts were fought against the Europeans, the course of Ottoman history was greatly impacted by events against the other major Muslim power in its region: the Safavid Empire.

Naturally, the two powers quickly took up the geopolitical positions of the old Byzantine and Persian Empires in the time before Islam and fought over much of the same territory, including Mesopotamia, the Caucuses, today's eastern Turkey and the Persian Gulf. Their first battle was fought in 1514, their first real war was fought from 1532-1555, and they continued to spar regularly until the early 19th century, when European colonialism forced them both onto the defensive. Echoes of these conflicts can be seen in the recent sparring between Iran and Turkey through proxies in Iraq and Syria.

On August 23, 1514 the two sides clashed at Chaldiran in a contest for hegemony over the Middle East, and the results have affected the Middle East ever since. Regrettably, few concrete details of the actual battle survive, a not uncommon obstacle when studying battles from the Middle Ages. However, the course of the conflict can be reconstructed from the politics of the time, knowledge of the characters involved, the contemporary records are available, and what followed the battle.

Battle of Chaldiran, The: The History and Legacy of the Ottoman Empire’s Decisive Victory Over the Safavid Dynasty in Anatolia