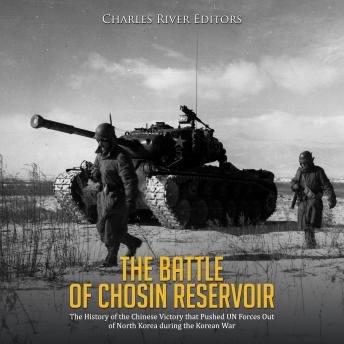 Battle of Chosin Reservoir, The: The History of the Chinese Victory that Pushed UN Forces Out of North Korea during the Korean War

The Korean War is often labeled “the forgotten war,” and though it has received renewed attention in recent years, it still pales compared to others in recent history, like the Vietnam War or even the more recent wars in Iraq and Afghanistan. What’s mostly overlooked is that the Korean War was one of the most intense conflicts the United States fought, and the soldiers who served in it were arguably in greater peril than in any other war over the last 75 years. While the Truman administration and the Chiefs of Staff had a clear plan for the conflict, seemingly everything went horribly wrong once China entered the conflict, and despite the United Nations coalition forces' technological and logistical superiority, they found themselves on the defensive.

The Battle of Chosin Reservoir was a dramatic example of a battle plan gone awry. General Douglas MacArthur had conceived of a triumphant march to the Yalu River, ending the war and uniting Korea. The UN troops, led by the United States, had turned the fight around with the amphibious landing in Inchon, which took place in September 1950.[1] The North Korean People’s Army (NKPA) tried to contain the Pusan Perimeter invasion, but they broke through, and before long the coalition troops were headed deep into North Korean territory. Some units had reached the Yalu River, which marks the frontier between North Korea and China. At this point, the mission’s goal was to eliminate the NKPA and reunite Korea under a pro-Western regime, but the forces under MacArthur’s command found themselves surrounded and beleaguered in sub-zero temperatures.

Battle of Chosin Reservoir, The: The History of the Chinese Victory that Pushed UN Forces Out of North Korea during the Korean War