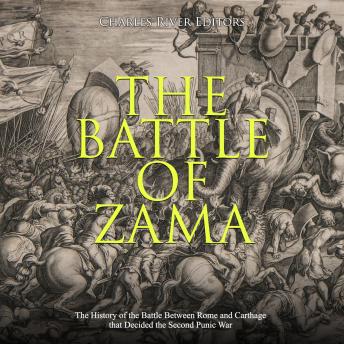 Battle of Zama, The: The History of the Battle Between Rome and Carthage that Decided the Second Punic War

It is rare to find a single battle that is truly decisive in shaping the course of subsequent history, but occasionally a battle becomes pivotal in retrospect, defining and shaping what comes after it. The Battle of Zama, which pitted the army of the Roman Republic against the forces of Carthage on the plains of North Africa, was one such battle, and it featured two of history’s greatest generals on opposing sides. Fought between two empires fighting for hegemony in the Mediterranean and beyond, the victor would become the most important power in the region and dominate the civilized world for centuries, while the loser would decline in power and vanish almost completely in less than 100 years.

Carthage was one of the great ancient civilizations, and at its peak, the wealthy Carthaginian empire dominated the Mediterranean against the likes of Greece and Rome, with commercial enterprises and influence stretching from Spain to Turkey. In fact, at several points in history it had a very real chance of replacing the fledgling Roman empire or the failing Greek poleis (city-states) altogether as master of the Mediterranean. Although Carthage by far preferred to exert economic pressure and influence before resorting to direct military power (and even went so far as to rely primarily on mercenary armies paid with its vast wealth for much of its history, it nonetheless produced a number of outstanding generals, from the likes of Hanno Magnus to, of course, the great bogeyman of Roman nightmares himself: Hannibal.

Battle of Zama, The: The History of the Battle Between Rome and Carthage that Decided the Second Punic War

This title is due for release on April 22, 2020
We'll send you an email as soon as it is available!