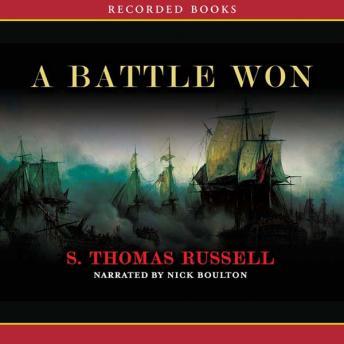 Master and Commander Charles Hayden returns in the sequel to the international best-seller Under Enemy Colors. Winter, 1793-the Reign of Terror rips through revolutionary France. In Plymouth, England, Master and Commander Charles Hayden is given orders to return to the ill-fated HMS Themis as the British fight the French for control of the strategically located island of Corsica. But within hours out of port, Hayden's uncanny knack for attracting the attention of the French navy sees the Themis thrown back into action. When she lands in Corsica, and her men join forces with native insurgents, Hayden finds himself at the vanguard of a brutal clash of empires. 'Vivid and evocative, especially about what Mr. Russell knows best, the sea and sailing.'-Wall Street Journal on Under Enemy Colors 'A first-rate debut features taut plotting, liberal action, and an attractively modest hero: Royal Navy Lieutenant Charles Hayden.'-Publishers Weekly on Under Enemy Colors 'A colorful account of duty and honor, punctuated by the cannonade of naval welfare.'-Kirkus Reviews on Under Enemy Colors

This title is due for release on July 8, 2011
We'll send you an email as soon as it is available!