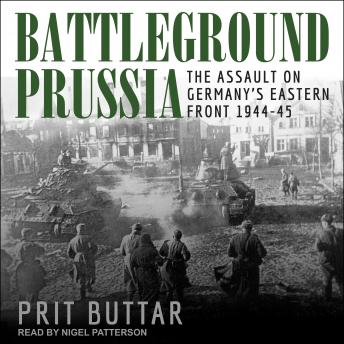 The terrible months between the arrival of the Red Army on German soil and the final collapse of Hitler's regime were like no other in the Second World War. The Soviet Army's intent to take revenge for the horror that the Nazis had wreaked on their people produced a conflict of implacable brutality in which millions perished.

From the great battles that marked the Soviet conquest of East and West Prussia to the final surrender in the Vistula estuary, this book recounts in chilling detail the desperate struggle of soldiers and civilians alike. These brutal campaigns are brought vividly to life by a combination of previously unseen testimony and astute strategic analysis recognizing a conflict of unprecedented horror and suffering.