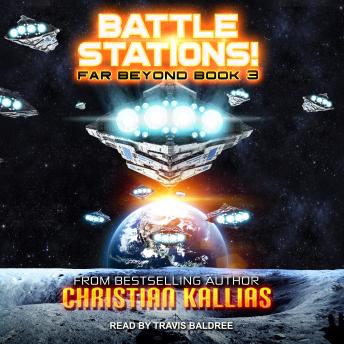 Kevin's mission, should he choose to accept it: Eradicate a vile AI, rescue his friends from an evil princess, and save Earth.

With the return of 8-3-9-6, Kevin has to defeat the AI's master to free himself from their collective grasp. But to succeed, he first has to go against Myrianna, the tech sorceress who trained him.

To make things worse, Kevin must achieve this task on his own since his friends have been imprisoned on Arcadia Prime. Meanwhile, the new Kregan Emperor, Xonax, is on his way to Earth with an entire armada determined to obliterate the human race.

The clock is ticking, and the stakes are high. Everyone Kevin loves, as well as his entire planet, is in jeopardy. And there's no margin for error.

Can Kevin be the hero he needs to be? Victory rarely comes without sacrifice, but is Kevin ready to pay the price?