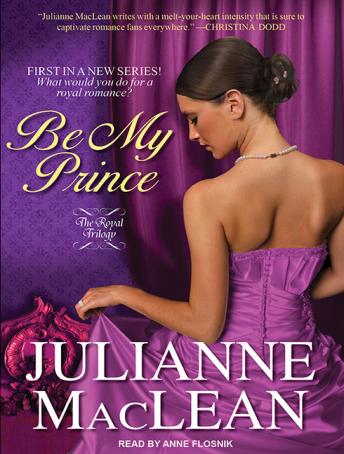 Attention one and all. His Royal Highness, Prince Randolph of Petersbourg, will set sail for London in early June and reside at St. James Palace for one full month . . . Some say the true motive for the prince's visit to our fair country is to seek and marry his future queen. I will therefore pose the question to our devoted and reflective readers: Who among us will be the chosen one? -From the London Ballroom Society PagesLady Alexandra Monroe has been told in no uncertain terms that she must set her sights on a proposal from Prince Randolph to better her family's situation. Instead, she finds herself falling for his charming but dangerous younger brother Nicholas, a man whose passionate nature-and irresistible good looks-makes it impossible to remember her duty. But while she is torn between ambition and desire, a wicked scandal brews, shocking secrets are revealed, and soon she begins to wonder: can true love really conquer all?