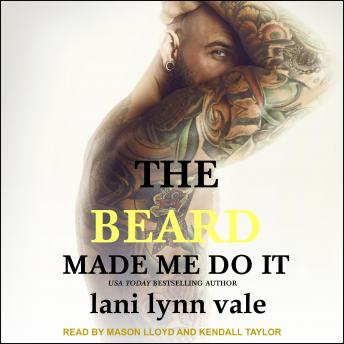 The Beard Made Me Do It

He's only a friend.

Those words had haunted him from the moment Jessie James had heard them muttered from the girl who held his heart, and whom he thought had his back.

Fourteen years later, he still feels those words like a brand on his soul.

Lucky for him he has a son to focus on, a full-time job that demands his attention the rest of the day, and not a single moment to spare for a woman who won't stand up for him when he needs her the most.

He's only a friend.

The words had slipped out of Ellen's mouth, and before she could recall them, or better yet, explain them, Jesse is gone from her life for good, taking her heart with him.

She tries to move on, to climb her way out of the pit of despair, but not one single person-regardless of how badly she wants to make it work-can fill the void that was left in his wake.

Or at least that is how the saying goes.

It's a crock of crap, though.

Fourteen years pass when Jessie and Ellen see each other again without the influence of the town and bad memories surrounding them, and it's as if not a single day has passed.

Ellen knows the instant that her eyes see her old love that she's still just as in love with him today as she was all those years ago.

The problem is that Jesse wants nothing to do with her. Or at least that's what he keeps telling himself.