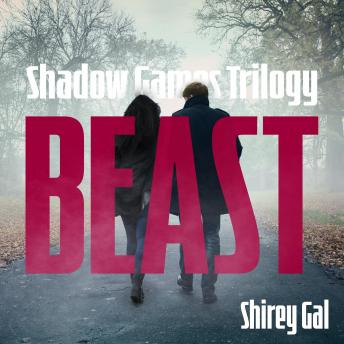 She has no past...A woman wakes in a dark room with no recollection of how she got there, let alone her own name or where she lives. She has no idea how, but everyone else seems to know her as Gabi. A series of unknown numbers run through her head and her dreams are plagued by a faceless man.


She has no allies...James is an enigmatic stranger who has dubbed himself Gabi’s caretaker. He’s a beast of a man with the gruff personality to match. It’s unclear what he knows of her past, but he’s obviously keeping something from her. She’s forbidden to leave, though she’s not his prisoner. He sets her on edge, but she can’t help feeling drawn to him.


And now, she must gamble on her future with this stranger.


When Gabi Levin enlisted in the Israeli Mossad, she thought she was signing on for a charmed life of adventure and intrigue. Instead, she finds herself married to a man she doesn’t know and couldn’t love, living in a detached tower, training for hours on end. Without carbs.

Adam Miller is a man who always gets what he wants. He’s the trifecta: handsome, rich, and a condescending prick. He assumes that he can easily dominate the beautiful woman assigned to be his wife, simply using her to locate the information he needs.

Now, they both must get past their preconceptions and learn to trust each other if their assignment is going to work.