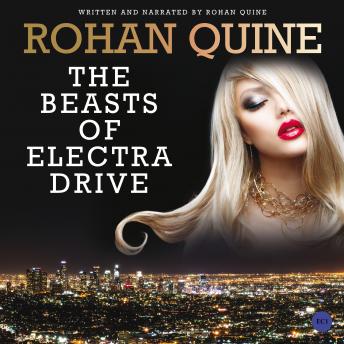 The Beasts of Electra Drive

From Hollywood Hills mansions and Century City towers, to South Central motels and the oceanside refinery, The Beasts of Electra Drive by Rohan Quine spans a mythic L.A., following seven spectacular characters (or Beasts) from games designer Jaymi's game-worlds. The intensity of those Beasts' creation cycles leads to their release into real life in seemingly human forms, and to their combative protection of him from destructive rivals at mainstream company Bang Dead Games. Grand spaces of beauty interlock with narrow rooms of terror, both in the real world and in the incorporeal world of cyberspace. A prequel to Quine's other five tales, The Beasts of Electra Drive is a unique explosion of glamour and beauty, horror and enchantment, exploring the mechanisms and magic of creativity itself.

This title is due for release on November 8, 2018
We'll send you an email as soon as it is available!