The Beatles in my life 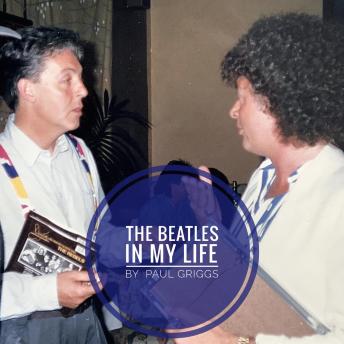 In 1957 I discovered a guy called Lonnie Donegan who was having hit after hit singing mainly Blues and folk based songs. He adapted these songs into his own inimitable style called Skiffle. Lonnie was inspirational to me and I persuaded my Father to build me my first guitar. I taught myself to play and formed my own Skiffle group called The Satellites. Around the same time some 200 miles away a certain John Lennon had persuaded his Aunt Mimi to buy him a cheap, Gallotone guitar (guaranteed not to split) and with some mates formed his own Skiffle group called the Quarrymen. The line up changed until it included Paul McCartney who persuaded John to let his friend George Harrison join. A few name and personnel changes later the line up was John Lennon, Paul McCartney, George Harrison and Ringo Starr and the name of the group was The Beatles.

I don’t remember “Love me do” first time around although it did go to number seventeen in the charts in December 1962. I remember their second release “Please Please Me” which went to number one in February 1963, I thought it was OK but it didn’t knock me out, but their third release “From Me to You” hit the spot and from that moment, I was completely hooked on The Beatles.

I first saw them live at Luton Odeon on 6th September 1963 and managed to catch nine more live shows in the next two and a half years culminating with their last official UK appearance for The New Musical Express Poll Winners concert at Wembley on 1st May 1996.

There was a rumour in the late sixties that Paul was dead and in 1969 I almost bought some truth to the rumour when I nearly ran over Paul and Linda whilst driving near Lords Cricket ground.

I finally met a Beatle in 1987 when a song I had written called “No More. tears” was runner up in Paul McCartney’s “Buddy Holly Song Contest.

Thanks to the influence of The Beatles I have been a professional musician for over fifty years and their catalogue of songs remains the soundtrack to my life.

Beatles in my life