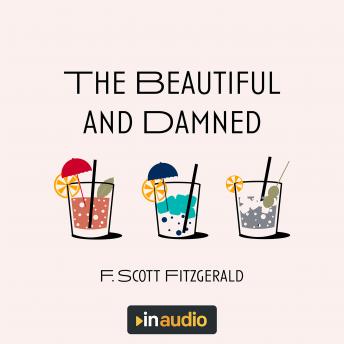 The Beautiful and Damned

Anthony Patch is a young socialite living in the exciting world of New York City in the early years of the Jazz Age. He has graduated from Harvard, but has remarkably few accomplishments, and spends most of his time pretending to work on a novel rather than truly creating anything.


When he is introduced to another socialite, Gloria Gilbert, he is inspired to jump into the next phase of his life by marrying her despite being hesitant to share his comfortable life with another. Their married life is full of conflict and tension, as Gloria expects to have a fully-funded glamorous life, and Anthony expects to have a more domestic wife. They push aside their disagreements by having luxurious parties and drinking their problems away. But this charade can’t last forever, and Gloria and Anthony will eventually be forced to reckon with their issues.


The Beautiful and Damned is generally considered to be F. Scott Fitzgerald’s take on his own marriage, and thus gives readers a glimpse into the highs and lows of an incompatible but passionate love affair. It is, like many of Fitzgerald’s works, also a critique of classism, alcoholism, materialism, and the expectations put on marriage.

This title is due for release on December 15, 2020
We'll send you an email as soon as it is available!