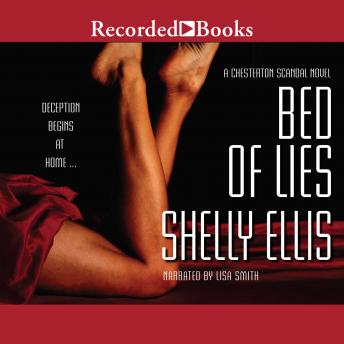 'Shelly Ellis is a new favorite to our list.' --Christina Lauren, New York Times bestselling authors Secrets and scandals are a way of life for the Murdochs of Chesterton, Virginia. But the lies that bind them may end up tearing them apart. With his drama-filled marriage behind him, Evan Murdoch has finally found happiness with his longtime friend turned fiancee, Leila Hawkins. But when his party boy brother, Terrence, is seriously injured in a car accident, a gossiping press puts the family back in the spotlight. Soon Terrence could face a lawsuit--and much worse, if his vengeful half-brother, Dante, has his way. Terrence's only bright spot is journalist C.J. Aston--but is she really on his side, or does she have another motive?. . . While Terrence struggles to recover from his injuries, Paulette, the little sister of the family, is struggling with a secret: she's pregnant, and unsure whether the father is her blackmailing ex or her husband. Amid the turmoil, Evan does his best to stay above the fray, but a shocking revelation makes that impossible--he's a Murdoch after all, and trouble seems to be their business.