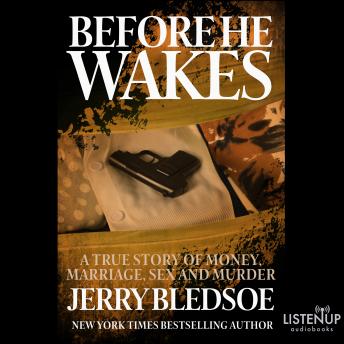 Before He Wakes: A True Story of Money, Marriage, Sex and Murder

She led an almost perfect life, and committed an almost perfect crime. Barbara Stager appeared to be a devoted mother, loving wife, and dedicated church leader in her Durham, North Carolina community. When she "accidentally" shot her husband, popular high school coach Russ, the police were inclined to believe her-until they found out ten years earlier her first husband had died in a strangely similar way. Detective Rick Buchanan's relentless investigations into Stager's life revealed a stunning vortex of compulsive lying, obsessive spending, and sexual promiscuity. With every shocking new discovery, more of Barbara's impeccable image unraveled. But the greatest shock-a damning piece of evidence Russ Stager left behind-revealed the nightmare truth about Barbara. New York Times bestselling author Jerry Bledsoe takes us deep into one of the most spellbinding cases of double life, lethal lust, and almost perfect murder.

Before He Wakes: A True Story of Money, Marriage, Sex and Murder