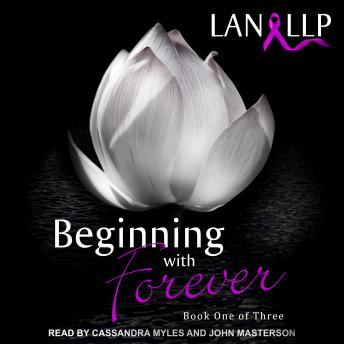 Carson Bradley is the CEO of Bradley Pharmaceutical Corporation, a powerful and influential multi-billion dollar drug empire. His wealth spans beyond anyone's imagination, but is useless to his lonely soul, which has been dormant since the death of his first love to cancer. Every day he strives for the sake of his research because he's determined to eradicate that vile disease forever.

Lillian Ly is a young, humble medical student whose compassion for people is boundless. Being raised poor by a single parent, she matured quickly and respects the sacrifices her mother has made for her. Lillian's determination leads her down a stringent five-year path with no room for love.

When a tropical storm forces their paths to cross at an unlikely place thousands of miles away from home, they both realize love isn't a matter of choice or determination-love is powerful and irrepressible, especially between two kind-hearted people with a common interest in healing the world.

Carson is familiar with desolation-fifteen years to be exact. With Lillian by his side, he will never return to that dark place again-even if it means dragging her through his ugly past and into his dangerous world of pharmaceutical rivalries. Lillian's uncomplicated life will soon be a distant memory as she follows her heart to be with the only man she's ever loved. Together, they will endure any obstacle to hold on to their forever.

I like the story line, but being rich is not a sin people work and sacrifice alot to be where they are, I like hard working people, so writers please keep it in mind, I will not recommend this to anyone I know