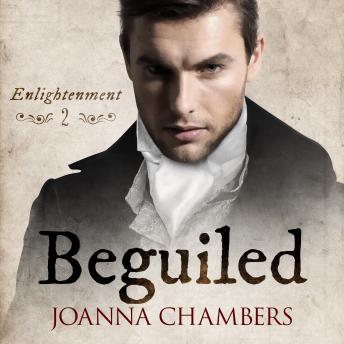 Two years after his last encounter with cynical nobleman Lord Murdo Balfour, David Lauriston accidentally meets him again in the heart of Edinburgh.

King George IV is about to make his first visit to Edinburgh and Murdo has been sent North by his politician father to represent his aristocratic family at the celebrations.

David and Murdo’s last parting was painful—and on Murdo’s part, bitter—but Murdo's feelings seem to have mellowed in the intervening years. So much so, that he suggests to David that they enjoy each other’s company during Murdo’s stay in the capital.

Despite his initial reservations, David cannot put Murdo’s proposal from his mind, and soon find himself at Murdo's door—and in his arms.

But other figures from David’s past are converging on the city, and as the pomp and ceremony of the King’s visit unfolds around them, David is drawn into a chain of events that will threaten everything: his career, his wellbeing, and the fragile bond that, despite David’s best intentions, is growing between him and Murdo.

This title is due for release on November 8, 2017
We'll send you an email as soon as it is available!