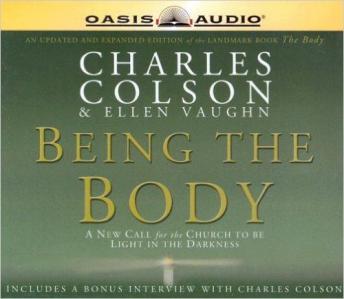 In 1992, Charles Colson, founder of Prison Fellowship International, penned The Body, an important work on how Christians have emphasized individualism to the detriment of the church, or the body. More than a decade later, Colson is back with Being the Body, a revised and updated edition of his award-winning book. It opens with the gripping personal accounts of several September 11 survivors, then states that in the immediate days following the World Trade Center attacks, the church was at last doing what it is supposed to do: it was being the body. As time went on, Christians' purpose veered off course, and the sense of community that was forged by the tragedy faded into memory. The book draws upon politics, philosophy and religion, demonstrating Colson's trademark breadth in its quest to foster Christian community. While some nonevangelical readers will likely be offended by aspects of the book (such as its broad generalizations about Islam), it will certainly be as influential and provocative as its predecessor.

This title is due for release on July 15, 2004
We'll send you an email as soon as it is available!