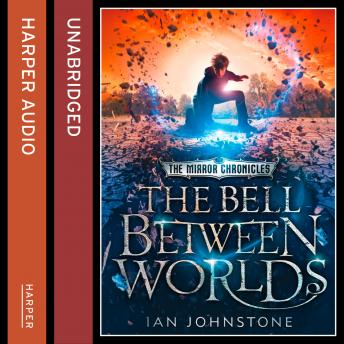 The Bell Between Worlds

A glorious epic fantasy in the grand tradition of CS Lewis and Philip Pullman. The Mirror Chronicles will take you into another world, and on the adventure of your lifetime...

Half of your soul is missing.
The lost part is in the mirror.
And unless Sylas Tate can save you, you will never be whole again.

Sylas Tate leads a lonely existence since his mother died. But then the tolling of a giant bell draws him into another world known as the Other, where he discovers not only that he has an inborn talent for the nature-influenced magic of the Fourth Way, but also that his mother might just have come from this strange parallel place.

Meanwhile, evil forces are stirring, and an astounding revelation awaits Sylas as to the true nature of the Other. As violence looms and the stakes get ever higher, Sylas must seek out a girl called Naeo who might just be the other half of his soul - otherwise the entire universe may fall...