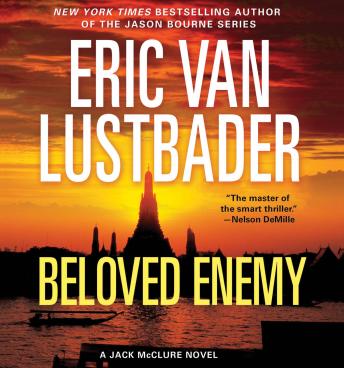 In Eric Van Lustbader's stunning follow up to Father Night, Jack McClure faces a choice: help the woman he loves, or destroy her as the enemy she is.
Shortly after McClure leaves a late night meeting with Dennis Paull, the Secretary of Homeland Security, Paull is found-shot dead. The President is furious but equally frightened of a scandal, since Jack McClure is one of their own-an operative and Paull's friend. Who will protect the country if even McClure cannot be trusted?
With top officials in the CIA and FBI after him, McClure, still devastated over his friend's death, goes on the run. Someone framed him for Paull's murder, possibly to prevent him from accomplishing Paull's last request-a task vital to U.S. National Security. Someone in the intelligence community has gone rogue and is reporting to The Syrian, one of the most cruel, aggressive terrorists McClure and Paull have ever come across. McClure has been charged with securing the name of the mole, but when Paull's informant goes missing, McClure realizes his mission has only begun.
Jack may be setting off after a mole, but he knows that ultimately he will have to confront The Syrian. Which also means confronting The Syrian's lover, Annika Dementieva, the woman Jack once loved and lost.
On a quest to find the mole before cloaked agents around the world are exposed and murdered, Jack will soon find himself facing his own beloved enemy...