Ben-Hur: A Tale of the Christ 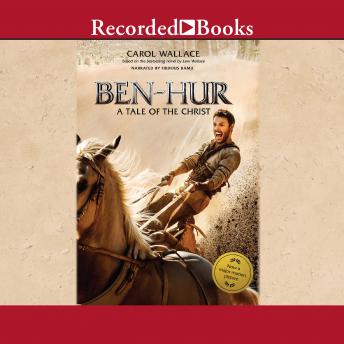 As one of the bestselling stories of all time, Lew Wallace's Ben-Hur: A Tale of the Christ has captivated and enthralled millions around the worldboth in print and on the big screen. Now Lew's great-great-granddaughter has taken the old-fashioned prose of this classic novel and breathed new life into it for today's audience. Coming to theaters in February 2016 as Ben-Hur, a major motion picture from MGM and Paramount studios, the story follows Judah Ben-Hur, a Jewish nobleman whose childhood friend Messala betrays him. Accused of trying to murder the new Roman governor in Jerusalem, Judah is sentenced to the galley ships and vows to seek revenge against the Romans and Messala. But a chance encounter with a carpenter from Nazareth sets Judah on a different path. Rediscover the intrigue, romance, and tragedy in this thrilling adventure. Also included: the inspiring story-behind-the-story of Lew WallaceIndiana lawyer, author, and Civil War general.

Ben-Hur: A Tale of the Christ