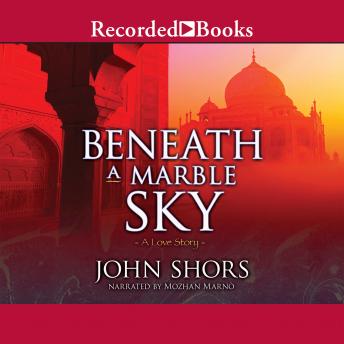 Beneath a Marble Sky

In 1632, the Emperor of Hindustan, Shah Jahan, overwhelmed with grief over the death of his beloved wife, Mumatz Mahal, commissioned the building of a grand mausoleum to symbolize the greatness of their love. The story surrounding the construction of the Taj Mahal occurs, however, against a scrim of fratricidal war, murderous rebellion, unimaginable wealth, and, not least of all, religious fundamentalism ruthlessly opposing tolerance and coexistence between the disparate peoples in the empire. At that time, Hindustan comprised all of modern Pakistan and Kashmir, most of eastern Afghanistan, and two-thirds of the Indian subcontinent (roughly north of Bombay to the Himalayas). Beneath a Marble Sky, narrated by Princess Jahanara, eldest daughter of Shah Jahan and Mumtaz Mahal, recounts their story, and her own as well, a parallel tale of forbidden love enduring censure and extreme deprivations. Beneath a Marble Sky brims with action and intrigue befitting an epic era when, alongside continuous war, architecture and its attendant arts reached a pinnacle of perfection. In a splendid debut, John Shors has crafted an immensely readable and well-researched historical novel of surprisingly contemporary relevance.

Beneath a Marble Sky