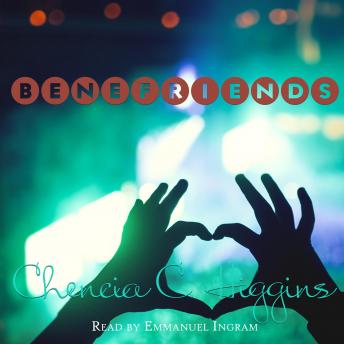 It wasn’t too long ago that I would have told you I was too smart to fall for the friends-with-benefits okie doke. I would have said it was a setup that was doomed to fail each and every time. I had friends who had been there, done that, and got the keyed car and broken windows to prove it. I didn’t need to experience it for myself to know that I was good on that. That’s what I would have said before if anyone wanted to know my opinion. In a way, I still thought like that, except…

I’d known Aisha since I was thirteen years old and if you would have asked me, I would have said I knew her pretty well. That couldn’t have been further from the truth, and when she revealed some things to me—things I had somehow missed over all these years—I found myself uttering words I never thought I’d say. It was just an agreement. You could almost call it a selfless act on my part. I was just being a good friend.

The thing was, I forgot who drew the lines in the sand and before long I found myself caught up in the more-than-friendly benefits with my very good friend.

Author’s Note: This is short, steamy read featuring explicit language and situations. If either of those offend you, this might not be the story for you.