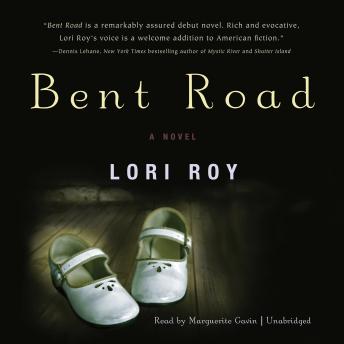 For twenty years, Celia Scott has watched her husband, Arthur, hide from the secrets surrounding his sister Eve's death. As a young man, Arthur fled his small Kansas hometown, moved to Detroit, married Celia, and never looked back. But when the 1967 riots frighten him even more than his past, he convinces Celia to pack up their family and return to the road he grew up on, Bent Road, and that same small town where Eve mysteriously died.While Arthur and their oldest daughter slip easily into rural life, Celia and the two younger children struggle to fit in. Daniel, the only son, is counting on Kansas to make a man of him, since Detroit sure didn't. Evie, the youngest and small for her age, hopes that in Kansas she will finally grow. Celia grapples with loneliness and the brutality of life and death on a farm.And then a local girl disappears, catapulting the family headlong into a dead man's curve.On Bent Road, a battered red truck cruises ominously along the prairie; a lonely little girl dresses in her dead aunt's clothes; a boy hefts his father's rifle in search of a target; a mother realizes she no longer knows how to protect her children. It is a place where people learn that sometimes killing is the kindest way.