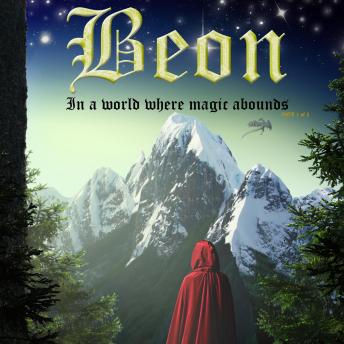 BEON: In a world where magic abounds

Long ago, amid the swirl of celestial stars, a simple world with twin continents was born. The first land mass weathered well, but the second mysteriously sank, leaving in its wake a wide circle of scattered islands. Over millenniums, the remaining continent evolved into soldiers of fortune and their sailors discovered these islands across the seas, ten to be exact. The largest island was divided east and west with snow-clad peaks called the Ridge of Giants whose fingery spine stretched to the stars with impossible height. A quarter of the way down on either side of the Ridge, icy slopes turned into frozen glades and eventually met a collar of Ancient trees known as the Black Forest. Web-Weavers lived there and studied the stars. Below these lesser mountains were the lowlands; made up of woods, meadows and streams. And, indigenous tribes who thrived on simple economies and beliefs, including that of ancient magic. Until the ships arrived and the notions of magic became folklore. The White Seers, Red Seers, Faery-Whites, WebWeavers, Ice Giants and children of the dragons once called dragoons hid away, as though no more, and even a simple wizard was banned from the king's castle at Star Capitol, especially during the Festival of Lights. This weeks ceremony included an entourage representing each of the ten islands. Ten Enemy Kings flew in on their dragons. They despised each other but hated Destroyer and his host of Batanni demons more. King Alcorn was the only one who did not. He controlled Star Capital with trained soldiers and his science Tweebs, who advanced a pre-existing technology of orbs in the castle walls for more protection. Yet, Ancient magic would not be so easily manipulated. Portants from the stars beckoned to the islanders to remember their origins and choose sides. Because a power far greater than Destroyer was coming to collect its own.

BEON: In a world where magic abounds

This title is due for release on April 15, 2020
We'll send you an email as soon as it is available!