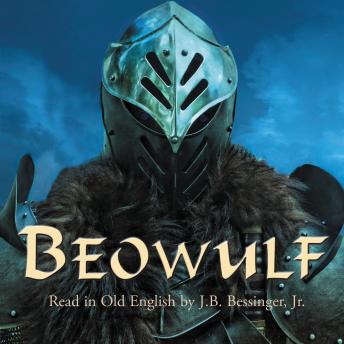 It's never been easy to be a hero. When Beowulf arrives at Hrothgar's hall, he discovers that the hall is beset by Grendel, an evil creature that kills and pillages with impunity. Beowulf, in heroic fashion, bests Grendel in combat, then follows Grendel back to his lair to finish the job.

But Beowulf couldn't have counted on meeting Grendel's mother.

And then, later, there's this dragon.

But why are you reading about it? This story was meant to be told, to be repeated aloud. Listen as J.B. Bessinger, Jr. reads Beowulf and many other Old English poems, including Caedmon's Hymn. Listen to poems about love, war, faith, and heroism from centuries past.