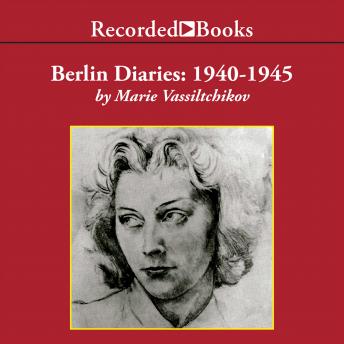 A princess of White Russian descent, Marie Vassiltchikov was 23 years old when she was trapped in Berlin by the outbreak of World War II. In these secret diaries, she chronicles the glamorous rise and shattering fall of the Nazi Party, as seen from the vantage point of her desk at the Foreign Ministry. She also describes how she and her friends became involved in a desperate conspiracy to murder Hitler.

This title is due for release on April 8, 2011
We'll send you an email as soon as it is available!