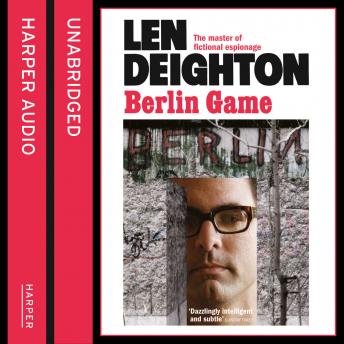 Long-awaited reissue of the first part of the classic spy trilogy, GAME, SET and MATCH, when the Berlin Wall divided not just a city but a world.

East is East and West is West - and they meet in Berlin...

He was the best source the Department ever had, but now he desperately wanted to come over the Wall. 'Brahms Four' was certain a high-ranking mole was set to betray him. There was only one Englishman he trusted any more: someone from the old days.

So they decided to put Bernard Samson back into the field after five sedentary years of flying a desk.

The field is Berlin.

The game is as baffling, treacherous and lethal as ever...