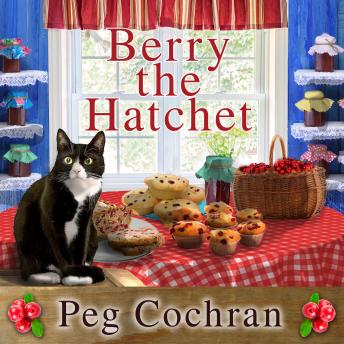 The entire town of Cranberry Cove is popping with excitement. Monica Albertson is baking cranberry goodies by the dozen, and shopkeepers are decking out their storefronts for the first annual Winter Walk-an event dreamed up by the mayor to bring visitors to the town during a normally dead time of year.

But it's the mayor who turns up dead during the grand opening ceremony, his lifeless body making its entrance in a horse-drawn sleigh. Monica's mother and stepmother quickly become the prime suspects when it's discovered that the mayor was dating both of them, and to make things worse, Monica's half-brother Jeff uncovers a clue buried near one of the bogs on Sassamanash Farm. Now it's up to Monica to find out who really put the mayor on ice.