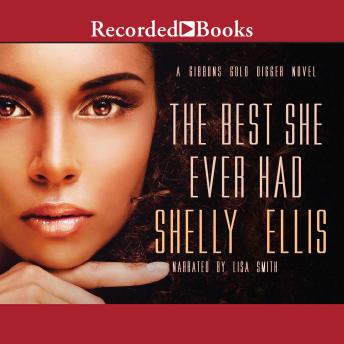 The Best She Ever Had

'An immensely talented writer.' -Cydney Rax One by one, the infamous Gibbons sisters of Chesterton, Virginia, are giving up their gold digging ways--except the eldest, who's holding out for her seven figure man. But her heart may have less expensive tastes. . . Thanks to her cold-hearted ways with men, Cynthia Gibbons doesn't blame the folks in town for calling her the 'Ice Queen.' They don't know the secret she's kept for twenty years--that she once fell crazy in love with a guy who had no money, a guy who broke her heart in the worst possible way. But now Korey Walker is back in town, and Cynthia isn't sure how much longer she can keep the biggest secret of all--that she still loves him. With a divorce behind him, and his new auto repair shop thriving, Korey is looking to the future--until he sets eyes on Cynthia and the past comes roaring back. Even now, Korey doesn't understand Cynthia's hostility--after all, she's the one who broke his heart. He decides to ignore her--until he discovers that his teenage son has fallen for Cynthia's daughter. Determined to stop history from repeating itself, Korey and Cynthia will have to band together. But will keeping their kids apart bring them closer--or destroy their lives for good? 'Ellis bubbles to the top with the Gibbons Gold Diggers series.' --Publishers Weekly 'From the first page to the last she keeps your interest by weaving a story that mixes love and deception.' --RT Book Reviews on The Player & the Game

Best She Ever Had