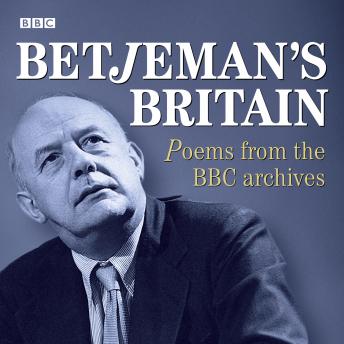 Sir John Betjeman was one of the best-known and loved Poet Laureates. Even after his death, his popularity continues to garner acclaim and new admirers. Fortunately, he left behind a legacy of poetry readings and performances in the BBC archives that can be enjoyed in this comprehensive collection. Selected from over thirty years of radio and television programmes, this compilation includes the very best of his performances and the most popular of his poems, among them 'Metro-land'; 'A Subaltern’s Lovesong'; 'Diary of a Church Mouse'; 'In a Bath Teashop'; 'Pot Pourri from a Surrey Garden'; 'Youth and Age on Beaulieu River'; 'Trebetherick'; 'Myfanwy at Oxford'; 'Back from Australia' and 'Death at Leamington'.