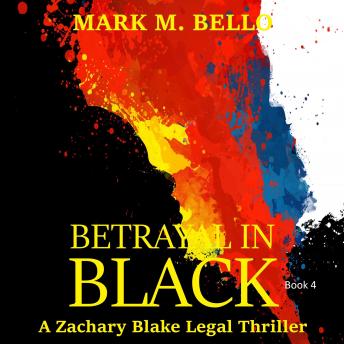 Pulled over in America? When you're white, you might get a ticket. When you're black, you might end up dead.
In a fictional Michigan town, a man is pulled over by the local police. The driver wonders: “What did I do wrong?” The officer asks for I.D.; the driver casually mentions he legally carries a gun. The officer panics—confusion reigns—shots ring out—an innocent man lays bleeding to death and the incident is captured on video.
The shooting becomes the national headline—the dead man is black—the shooter is white. A community is thrown into chaos. Protestors on both sides of the racial divide take to the streets.
A widow struggles to make sense of senseless tragedy. She turns to high-profile trial lawyer, Zachary Blake. Together, they dare to fight city hall. Will police lie to protect the status quo?
'Small Great Things' meets 'The Hate U Give' in Mark M. Bello's explosive new social justice legal thriller, Betrayal in Black.